Mount Forest ON (August 2020) – Earlier this month, the Royal Canadian Legion (RCL) presented two donations to The Mount Forest Louise Marshall Hospital Foundation (LMHF), made in support of funding vital equipment for Louise Marshall Hospital. These combined gifts – a $6500 grant from the RCL Ontario Command Branches and Auxiliary Ladies Community Foundation and a $2000 grant from the RCL Branch 134 from their Poppy Fund – fully cover the cost of a cardiac ultrasound probe for Louise Marshall Hospital. This cheque presentation was a long-time in the making as both grants were approved earlier in the year. However, given the COVID-19 pandemic, the Legion and LMHF representatives were unable to meet due to restrictions on gathering.

The LMHF is tremendously grateful for the continued generosity of the Royal Canadian Legion. In times like these, it has been a tough go for charities of all stripes, and the support of our community groups goes a long way towards helping the Louise Marshall Hospital Foundation fulfill its mandate to provide funding for capital equipment at our local hospital. 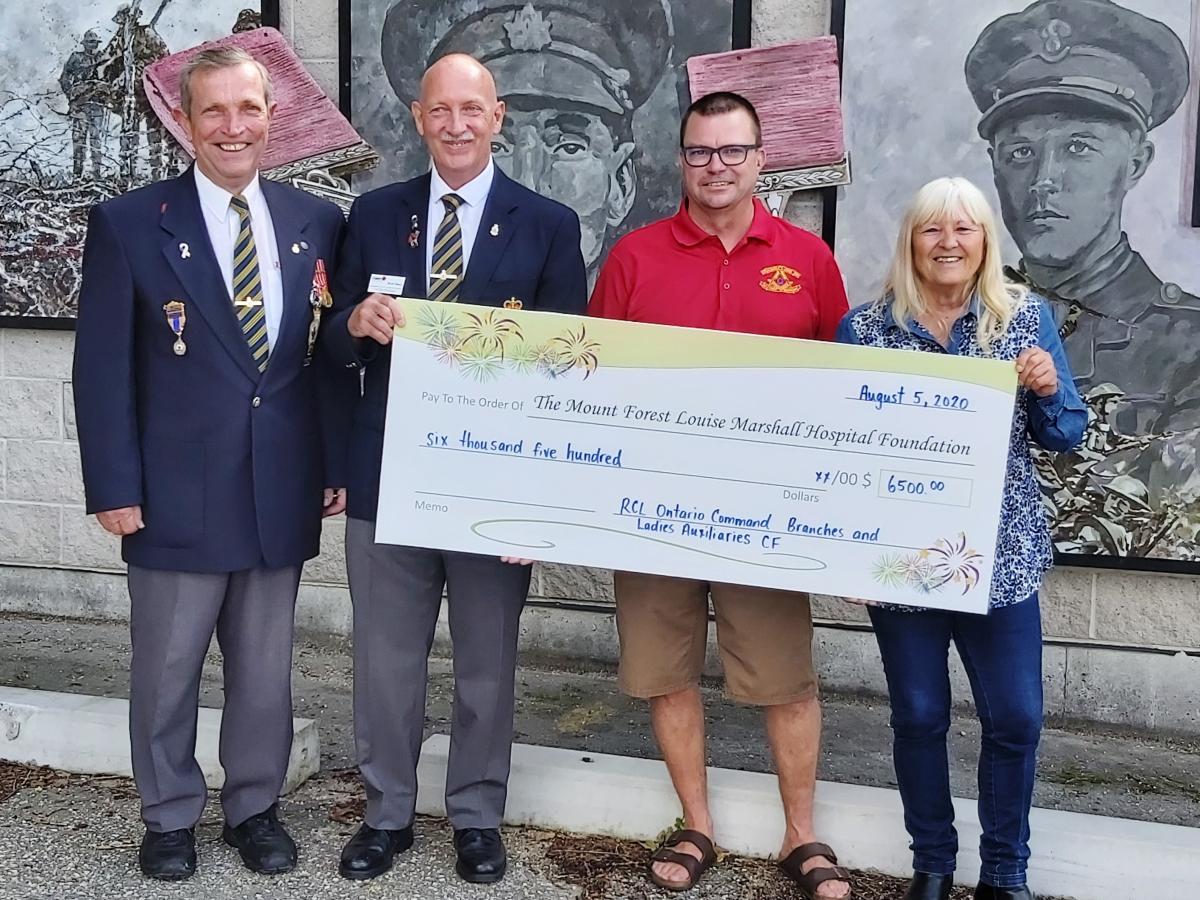 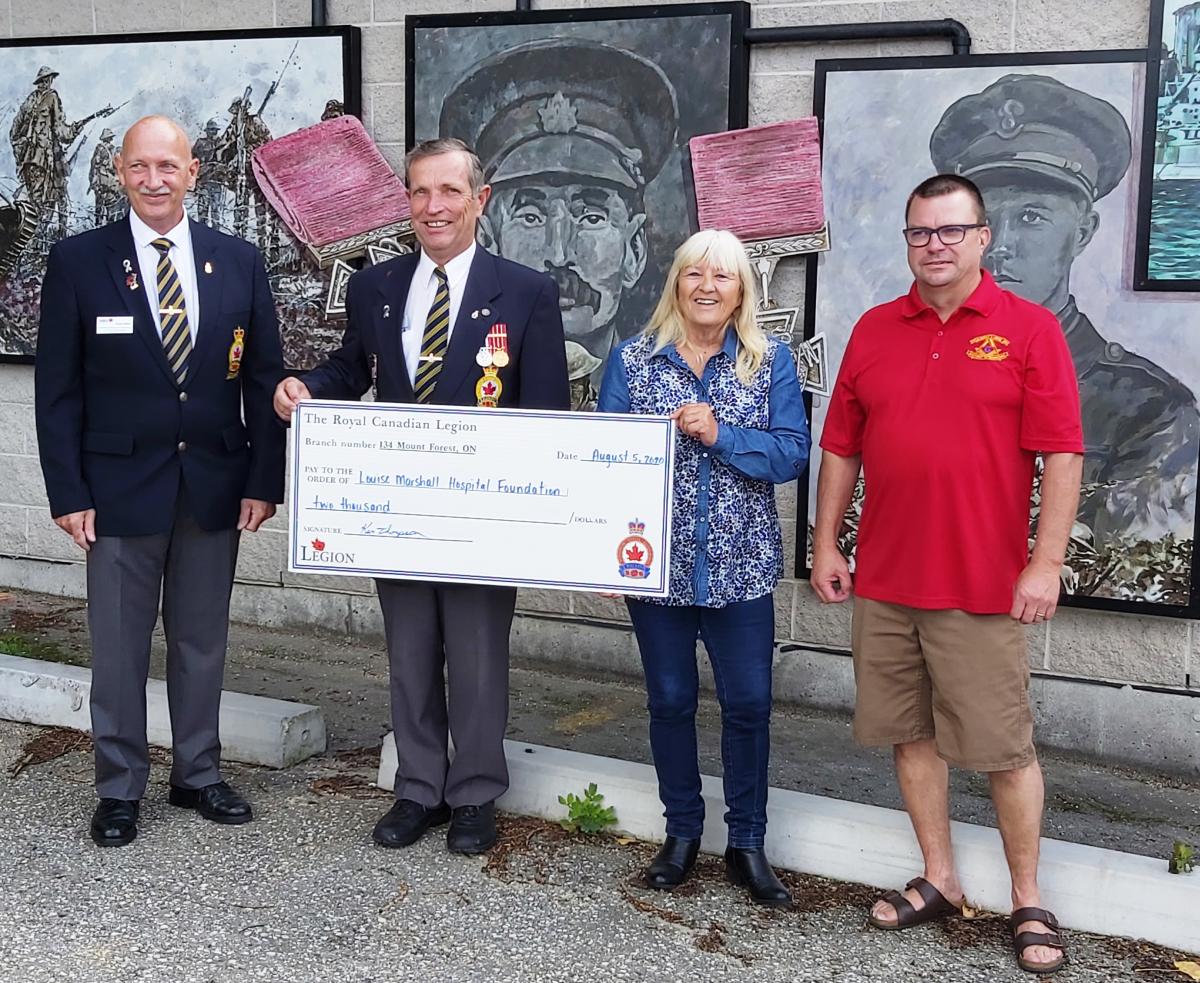 Home
Site Accessibility
Contact Us
About Us
Donate
Board of Directors